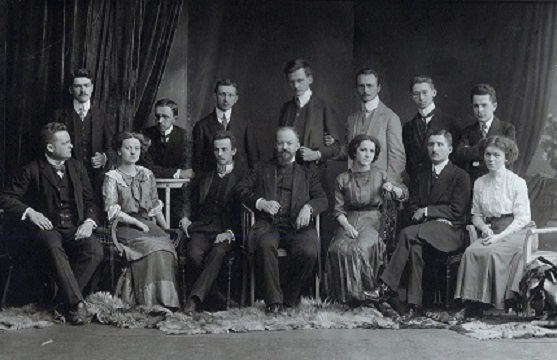 Kazimierz Twardowski Philosophical Society of Lviv is an Ukrainian-Polish initiative, and its main goal is to revive, support and develop the intellectual tradition of the Lviv Philosophical School in Lviv, and to popularize it in Ukraine and around the world. The implementation of this goal requires energetic actions in the field of promoting the analytical trend in the development of modern Ukrainian philosophy, supporting the cooperation of Ukrainian, Polish and Western communities, as well as the creative development by Ukrainian researchers of the school’s scientific heritage, and especially that of its founder’s – Kazimierz Twardowski. The Society draws on the tradition of the Polish Philosophical Society in Lviv, which ceased to exist in 1939.