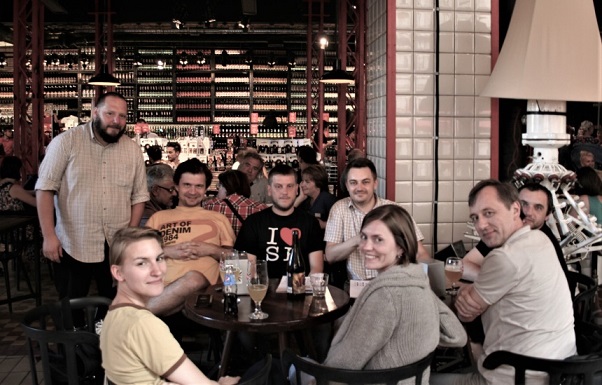 The date of establishment of Kazimierz Twardowski Philosophical Society of Lviv was the 78th anniversary of the death of Kazimierz Twardowski – February 11, 2016. On this day a meeting of Stepan Ivanyk, Hubert Bożek, Olga Goncharenko, Jacek Moroz and Maksym Dzinera took place in the restaurant “Gas Lamp” in Lviv. Since then, the Society has begun active information and organizational activities, strengthened the structure of the board, significantly expanded the group of its members (today it includes more than 80 scientists from Ukraine and Poland, as well as Austria, Belgium, Canada, the Czech Republic, France, Germany, Hungary, Ireland, Italy, Kazakhstan, the Netherlands, Romania, the United States etc.) and opened its Polish branch in Krakow. One of its co-founders – Stepan Ivanyk – was elected the first president of the Society. He was replaced in this position by Olga Goncharenko in 2021.